Mike J. Pilla’s thriller, “Goodbye Irpinia” (published by Bibliotheka), is a novel told through journalistic news reports, blurring the lines between fiction and reality, which transports the reader from Italy to North America.

An ancient curse. A dark presence. A small town held hostage.  Steve Caruso, an Italian-Canadian journalist, is sent to Montaguto, a small town in Southern Italy where an eight-year-old boy that went missing is found the following day. A few days later, two men in their thirties mysteriously disappear. In 1995, Luigi Altieri, another young boy, vanished without a trace. The investigation leads to “Maestri Chapel”, a family crypt that houses the sinister portrait of an engineer who died in Toronto. Meanwhile, a massive landslide hurtles towards the valley, unearthing a forgotten tragic event.

Alongside journalist Alberto Cataldi, Steve embarks on a race against time to rescue the missing children, with the support of a community of expats from Montaguto (Montagutesi) living in Toronto and New York. The two guys will witness a terrible truth, lain hidden underground for centuries. The land swallowed everything it found in its path.

“Goodbye Irpinia” is a melancholic tale of migrants far from their homeland. During his investigation, Caruso will discover the beauty of Montaguto and the strong bond that many Montagutesi abroad maintain with their beloved country. This is reflected by the numerous references in the local “Montagutese” dialect accompanied by journalistic photographs depicting the beauty of the landscape. In discovering this beauty, Caruso grows to understand the pain of being separated from your roots because, as the novel’s tagline reveals, “You can try and sever your roots, but they will never let you go”. 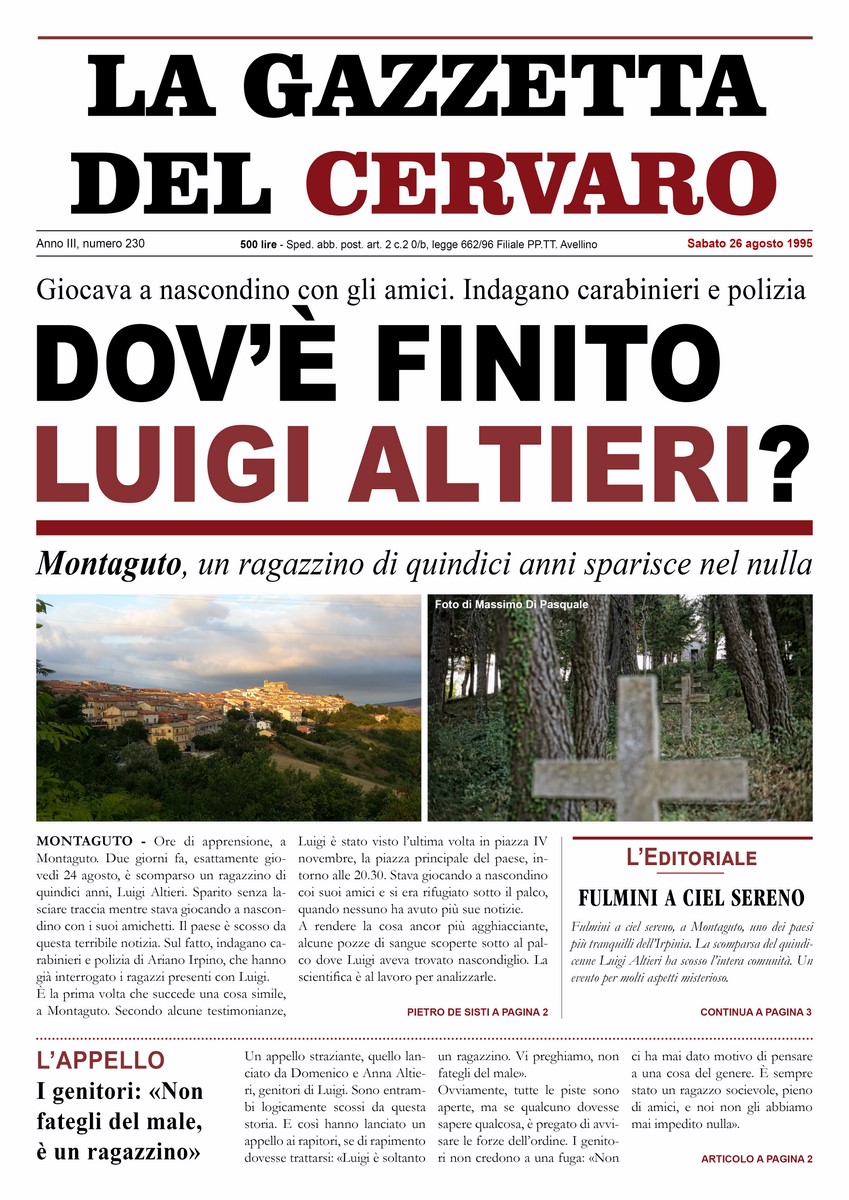